We are experiencing delays with order processing

We are experiencing delays with order processing

ADHD carries a stigma which has parents reeling at the onset of diagnosis. What some parents don’t know at first, is that ADHD is not a death sentence whatsoever. Any negative connotation associated with those four letters should be thrown out the window. Instead of ‘Attention Deficit Hyperactivity Disorder’, it should read ‘Actively Delightful Hopeful Dreamers.’ These children are not disordered, it is the broader social and educational influences that create the disorder.  ADHDers are incredible individuals – they’re tenacious, creative, fun, hyper focused and all around amazing.  What people don’t realize is that some of the most successful people in the world have the gift of ADHD (Richard Branson, Justin Timberlake, Michael Jordan … the list is endless) – it’s just figuring out how to utilize the ADHD attributes that can be somewhat of a challenge.

As both a clinical and holistic nutritionist, I have researched ADHD immensely and I am a true believer that medication is not the answer and should not be the first resource that parents go to. ADHD is such a multi-faceted condition that it deserves a multi-dimensional approach, the most important being nutrition. ADHD is not caused by bad parenting, television, too much sugar or playing video games, it is, simply, something which someone is born with: a child who has ADHD grows into a teenager who has ADHD who then, in turn, grows into an adult with ADHD. It cannot be outgrown but there are several steps that can be taken to minimize its effects on a person – the main one is nutrition.

Now, I am not going to tell you to run out to Whole Foods and purchase only organic, gluten-free vegan food items but what I am going to tell is you to be extremely mindful about what you’re eating and feeding your family. Proper nutrition plays a complementary role in a child’s treatment for ADHD and when a child’s or teen’s diet is balanced and healthy, their ADHD symptoms will be better controlled. It is also important that when you change the diet of the person with ADHD, make the changes for the entire family.

Mindful eating plays a crucial role with ADHD and one that the entire family can embrace. Proper nutrition is an absolute must and I promise you, “garbage in = garbage out” – you get what you put into your body. Too much of the wrong food can lead to ADHD symptoms that are out of control but with a proper diet, can be manageable. I’m not saying that diet itself is the only “cure” in the multi-faceted approach to ADHD, but it helps immensely.

My rule of thumb is this: “Don’t ask why healthy food is so expensive. Ask yourself why junk food is so cheap!”

For further information or to book an appointment, please call our Health Centre at 604-734-7760 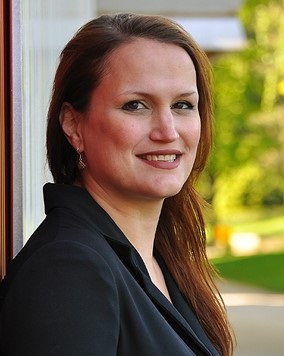 Karen Ryan, NNCP, RHN is a registered clinical and holistic nutritionist and ADHD practitioner specializing in drug free strategies for managing ADHD and mental wellness.  She is a firm believer in the correlation between food and mood and believes that a clean diet is the best medicine for sound health of body and mind.  Guided by her extensive education, research and experience in both nutrition disciplines, Karen dedicates her focus to helping all people, including children and teens, eat healthier, live happier and increase better levels of mental wellness for improved quality of life.

Karen is an active member of several organizations and is the founder of vancouverADHD and The ADDvocates, both of which are aimed at raising awareness of ADHD. Her book, ADHD is Not a Four Letter Word: Drug Free Strategies for Managing the Gift that is ADHD was released in May 2014.